The Unmatched Leader of the Global Semiconductor Industry.

The company is now pleased to announce the first granted patent in Tawan. Taiwan is one of the most important markets for leading-edge semiconductor manufacturing and hence crucial for AlixLabs to protect its innovative APS process by IP. The Taiwanese semiconductor industry, including IC manufacturing, design, and packing, forms a significant part of Taiwan’s IT industry. Due to its strong capabilities in fab wafer manufacturing and a complete industry supply chain, Taiwan has distinguished itself from its competitors and dominate the global marketplace. Taiwan is the unmatched leader of the worldwide semiconductor industry, with Taiwan Semiconductor Manufacturing Company (TSMC) alone accounting for more than 50% of the global market. In 2020, the sector accounted for US$115 billion in output. Recently, Terry Tsao (曹世綸), global chief marketing officer and Taiwan president of SEMI, said the country’s semiconductor equipment spending is expected to continue to grow in 2022 and replace South Korea as the world’s largest market next year.

As previously announced (September 28, 2021), Almi Invest and private investors, including NHL professionals Michael, Alexander and William Nylander, are participating in the issue for a total of SEK 9 million (USD 1 million) investment in AlixLabs. The funds will be used for product development and validation of the APS technology. 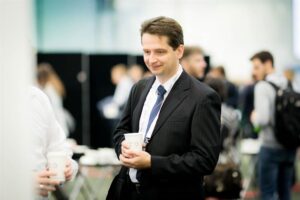 In a statement from Dr. Dmitry Suyatin, CTO and co-founder of AlixLabs on the origin of the invention and R&D activities in Lund, he said “Our key technology is based on a surprising discovery that sidewalls act as a topographical mask in Atomic Layer Etch Processes. This technology has been proven for such different materials as Gallium Phosphide (GaP), Silicon (Si) and Tantalum Nitride (TaN) – all being critical materials to the semiconductor and optoelectronic industry. Besides already having secured a granted US patent, we are now delighted to announce that our Taiwan patent has also been granted and that we have more patent applications in the pipeline”.

Dr. Mohammad Karimi, R&D and Operation Manager, added, “I am delighted that ALixLabs has been granted a 1 Million SEK project to verify the APS technology in the fabrication of FinFET and GAA-FET transistor architectures by Vinnova in June 2021”.. Dr. Jonas Sundqvist, CEO and co-founder of AlixLabs, concluded that “The strategy as we advance is to successfully transfer the APS technology to 300 mm wafer processing in Dresden, Germany and making it readily available for process demonstration for the leading IDMs & Foundries. We don’t only hope to cut cost in semiconductor manufacturing but also to reduce the energy and clean water demand and output of greenhouse gasses during chip manufacturing considerably. This is not by itself a Green Fab Technology. However, it takes one small step in the right direction.”

Private Cellular Networks Spend to Approach $12 Billion by 2023, Catalysed by...

Schrems II: What Nordic Companies Need to do to Comply with the...