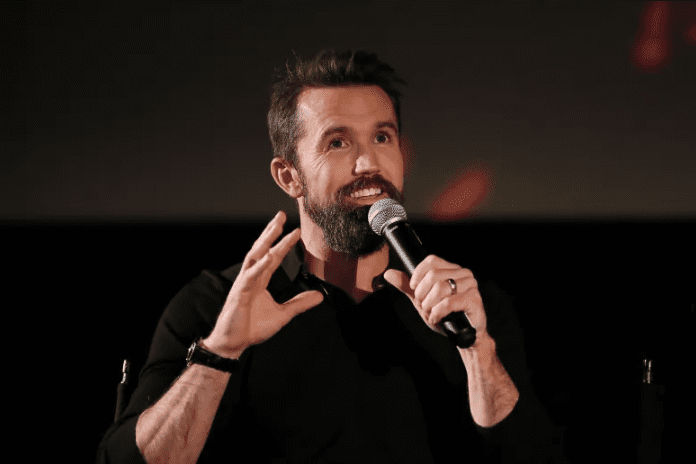 Home CAREER Rob McElhenney launches into the world of Web3

Rob McElhenney launches into the world of Web3

Web3, the idea of a new internet that would be built on decentralized blockchains owned by developers and users, has attracted Rob McElhenney, the popular actor on the long-running series It’s Always Sunny in Philadelphia. His idea is to launch a writers’ room that falls under that collaborative model.

In early June, actor Rob McElhenney launched Adim, a platform that would allow creators and screenwriters to collaborate and maintain ownership of the intellectual properties they develop. In short, the desire is to set up a series of writers’ rooms, like those already used for most series, but with the interesting difference that its participants will obtain part of the benefits of the characters and products that they put into them; something that does not always happen.

The other peculiarity of Adim is that it is not necessary to acquire NFTs to participate in this world. Here the process is rather the reverse. First, one is accepted into the project and then receives the corresponding NFTs. Apparently, that decision has to do with the company’s desire to allow new voices to enter the entertainment industry. In fact, that NFT that they receive once the project is finished is intended to demonstrate their share of the rights to the developed intellectual property.

“At the root of all this was the question – how can you bring new voices to new technology?” explains Chase Rosenblatt, CEO of Adim. “How can they fit together and and flourish?

Keyonna Taylor – writer of It’s Always Sunny in Philadelphia and Mythic Quest – and Rob McElhenney will be in charge of directing the company’s first project, a writers’ room with a hundred people whose purpose will be to create four characters. Aspirants must answer a single question: who is your favorite character and why?

The ultimate goal is for Adim to make a commission when it helps to market the content created on the platform, although a large part of the profits are shared among its authors, thus reiterating why it joined Web3 in the first place.

The impact of the metaverse on education

Enfo has strengthened its top management

Staff Center (Mobile): Employee Experience in a class of its own

Johan Ståhle and Mark Pasternak appointed as CPO and CTO

Skills gap analysis within organisations got easier with MuchSkills update

Enfo has strengthened its top management