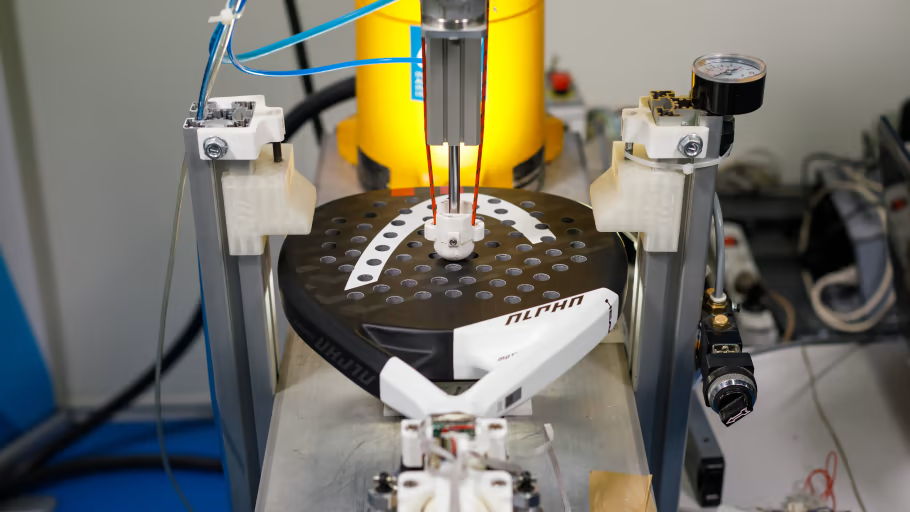 Among the findings is how rackets respond differently to usage and wear over time.

The test was conducted at the Testea Padel lab in Spain, and the winner was Equation WPT from Nox. 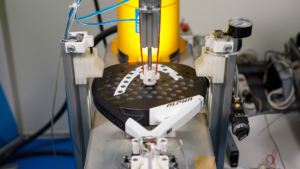 – We used robotics and sensors to re-create the same stroke hundreds of times and measure alterations over time. Some rackets change a lot in rigidity, affecting the power of the stroke and thus how you play. These are things you cannot know when choosing among rackets in the store, says Jordi Piedra, founder and CEO at Testea.

The test compared eight padel rackets in the price range between 100 to 300 euros, intended for the intermediate player.

The rackets were ranked after their performance in different aspects, focusing on endurance, comfort and power.

The winner, Equation WPT from Nox, is easy to control and has a high degree of comfort, while the frame is durable, and its characteristics are unchanged after the endurance test. The runner up, PR 990 Hybrid Soft from Kuikma, costs about half as much. It performed well in endurance and allows a more powerful stroke than the first-place finisher, while its control and comfort are much lower.

The lowest ranked racket was K3 Avant 21 from Bullpadel, which scored lowest in control and was altered considerably in the endurance test. Adidas Greenpadel came second-to-last, mostly due to a lack of power and low durability.

– Padel has become very popular over the past few years, so the market is now full of options. This test points to the differences in construction, quality, and durability. It also shows how different rackets fit different playing styles, says Jordi Piedra.

In the final ranking, control, comfort, and power were all weighted the same (all at 20 %), to fit a versatile player. The greatest weight was given to quality and endurance (40%). Some of the measures included placing the rackets on a mechanical arm and have them oscillate back and forth while sensors measured stroke power and vibration. The response from the sweet spot was measured by having a ball bounce against the rackets at a controlled pace. Durability testing included subjecting rackets to 500 powerful blows simulated with compressed air.

Interest in padel has grown immensely over the last few years. It is now estimated to have over 12 million active players in 78 countries worldwide.

Hamamatsu Photonics has released a new...