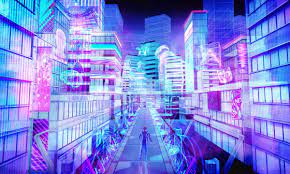 Home PRODUCTS What is the metaverse?

It is possibly the most discussed concept of the year in the technological field. Heck, if even Mark Zuckerberg announced that it would be the great focus of Facebook, whose parent company, Facebook Inc. was not by chance renamed Meta Platforms Inc. If the word “metaverse” baffles you, keep reading.

Given that the Dictionary of the Royal Spanish Academy does not yet have an entry for the metaverse – something that will soon be amended -, we will try to offer a definition of the term as precise as possible. It is a virtual environment that is accessed through the use of avatars, a kind of digital alter ego. It is usually made up of multiple three-dimensional virtual spaces shared by its users, characterized by lacking the limitations of the real world. The metaverse, finally, combines the virtual world with augmented reality, web 2.0 and the use of holograms or virtual reality, among other emerging technologies.

However, to better understand the term, it is necessary to go back a few decades to know its genesis. David Alayón tells us in a very interesting article for the Retina website that “the metaverse is not an invention of Zuckerberg or of some Silicon Valley start-up. This is a term coined in 1992 by science fiction writer Neal Stephenson in his novel Snow Crash. It describes a possible evolution of the Internet based on what we now know as virtual reality (VR), that is, immersive experiences where you lose touch with reality and immerse yourself in another. Almost two decades later, author Ernest Cline used this concept to build his novel Ready Player One (2011), adapted for the big screen by Steven Spielberg in 2018.

Yúbal Fernández, in his equally recommendable article for the Zataka website, returns us to the technological part of the matter – “it is a virtual world, one to which we will connect using a series of devices that will make us think that we are really inside it, interacting with all its elements. It will be like actually teleporting to a whole new world through virtual reality goggles and other add-ons that will allow us to interact with it.”

Who knows, maybe soon you will read us from the metaverse, although by then you will know exactly what it is about.