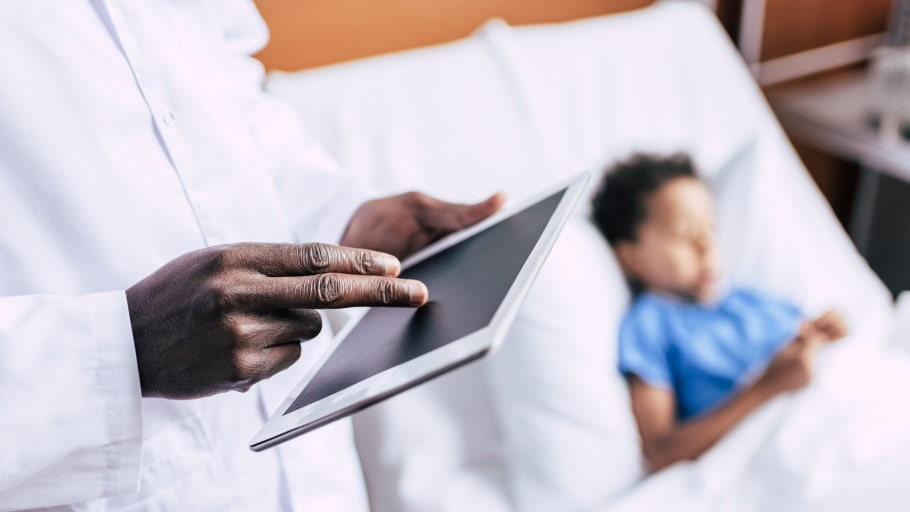 A top clinician at a leading UK children’s hospital believes the future of healthcare involves wireless monitoring and smart alarms, both in hospital and at home.

In a recent interview, Dr Heather Duncan, intensive care consultant at Birmingham Women’s and Children’s NHS Foundation Trust, spoke about her plans to fully deploy a first-of-its-kind predictive indicator and wireless patient monitoring system thoughout the hospital. This system has the potential to save many thousands of young people’s lives when adopted as standard care throughout the NHS and hospitals worldwide.

Dr Duncan is the principal investigator and clinical lead on the Real-time Adaptive Predictive Indicator of Deterioration (RAPID) project at the hospital. The RAPID project was set up to monitor nearly 1,000 infants and children continuously, automatically and wirelessly using the Isansys Patient Status Engine (PSE).

During the project the clinical team at the hospital and Isansys developed the RAPID Index, a personalised predictive algorithm/ smart alarm that runs in the PSE. The clinical research team then compared the RAPID Index to their current Paediatric Early Warning Scores (PEWS) in a retrospective analysis. They concluded that the use of a continuous wireless patient monitoring platform and the RAPID Index can aid detection of deterioration of paediatrics significantly earlier than their current early warning scoring method. Findings revealed that if the PSE and the RAPID Index were adopted at scale, this new system could potentially save hundreds of young lives. Earlier work in the study revealed that wireless monitoring offers a more comfortable solution and is preferred by families and patients.

As the study moves into its second phase, RAPID2, more than 10,000 young patients will be monitored in this way, setting a new care standard for children in hospitals everywhere.

Vattenfall and AstaReal are expanding their cooperation

Impact of COVID-19 in the spotlight as Eurofound set to host EU...

Huadong Medicine and PulseCath Announce Strategic Collaboration to Develop and Commercialize the...

Sebastian brings a revolutionising approach to your chronic health issues

IDTechEx Looks at the Setbacks and...

Vattenfall and AstaReal are expanding their...