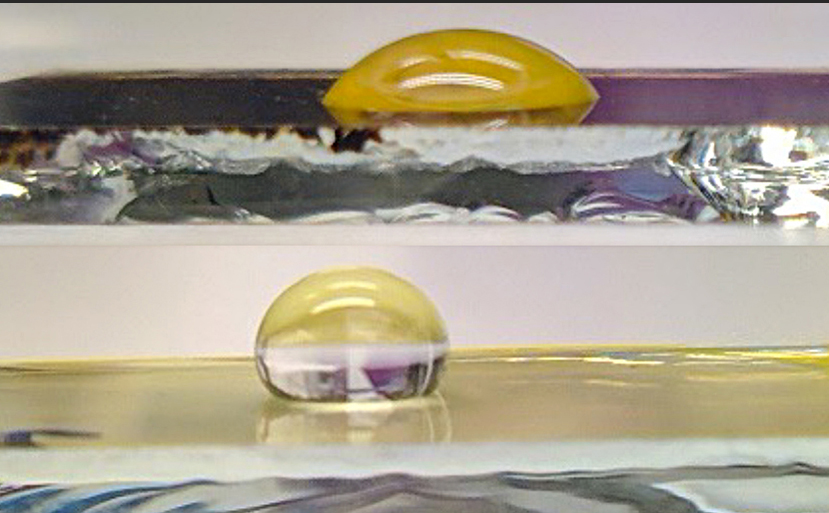 One of the solar energy market’s most promising solar cell materials — perovskite — is also the most frustrating.

A research team in Sweden reports a possible solution to the environmental instability of perovskite — an alternative to silicon that’s cheap and highly efficient, yet degrades dramatically when exposed to moisture.

“Perovskite usually dissolves immediately on contact with water,” says co-author James Gardner, a researcher at KTH. “We have proven that our alloyed perovskite can survive for several minutes completely immersed in water, which is over a 100 times more stable than the perovskite alone. What’s more, the solar cells that we have built from the material retain their efficiency for more than 100 days after they are manufactured. ” 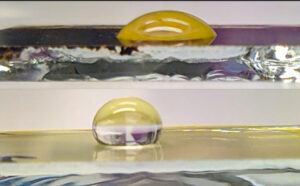 Perovskites are a class of materials with a specific crystal structure, named after the mineral with that structure. In solar cells they have shown potential for high performance — with energy conversion efficiencies as high as 25 percent — and, best of all, low production costs.

However, these thin-film cells are highly susceptible to outdoor elements, which accelerates their degradation — and limits their viability in a solar market where virtually all panels are based on silicon.

KTH researcher James Gardner says that his team’s work represents a step towards developing an alternative, more stable perskovite product. They encapsulated a light-absorbing perskovite layer with a 2D perskovite film layer that provides a water repellent quality thanks to the addition of long-chain alkylammonium ions.

The researchers report that the cells’ power conversion efficiency dropped by 20 percent after six months at a relative humidity of 25 to 80 percent; and they could be completely immersed in water for a few minutes before degradation started.

Gardner says that the 2D perovskite coating also mitigates energy losses in the light-absorbing 3D perovskite, which leads to an enhancement in the photovoltage. The findings indicate that long-chain alkylammonium cation-based 2D perovskites can improve the environmental stability of 3D-based perovskites, without significant loss of performance and may lead to commercially successful perovskite solar cells.