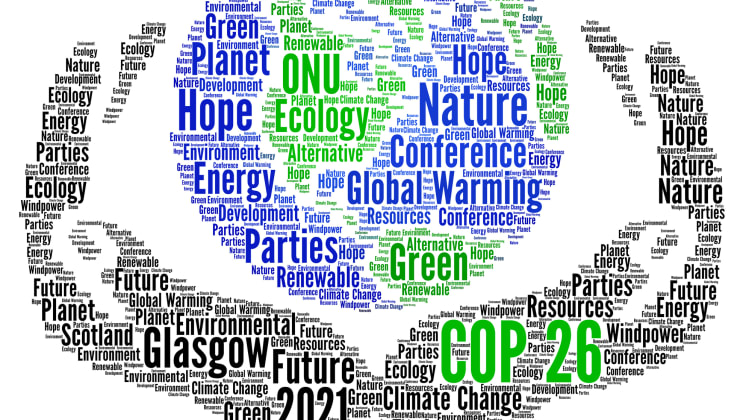 Bluewater, a Swedish water company that has put sustainability and ending the need for single use plastic bottles at the heart of its business mission, today appealed to world leaders at the Glasgow Cop26 gathering to grasp the opportunity to turn the tide on the multiple environmental challenges facing the planet.

“We are on the verge of runaway climate change,” said Bluewater spokesperson Dave Noble, head of PR, Communications and Events.

He said bold action is needed to harness human ingenuity to address the many interconnected environmental challenges, from climate change to microplastics pollution of the oceans, threatening the natural systems that support life on the planet.

Microplastics carrying a range of contaminants such as trace metals and potentially harmful organic chemicals are already in the air we breathe, the food we eat, and the water we drink.

A Bluewater white paper co-authored with Dr Ivonne Mirpuri of the Mirpuri Foundation in Lisbon, Portugal, spotlighted the human health hazards of chemicals released into the environment from the millions of discarded single use plastic bottles dumped into the planet’s oceans and land masses every year. 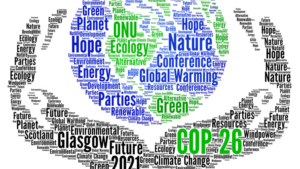 The white paper concluded that the endocrine disrupting chemicals found in throwaway plastic bottles posed the number one threat to humankind.

Dr Mirpuri, one of the world’s leading specialists on the central role hormones play in regulating the body’s systems, wrote that ‘humankind faces extinction within 200 years unless steps are urgently taken to avoid the use of synthetic plastics and the chemicals in them.”

Her fear has been underscored by recent research at Amsterdam’s Vrije University led by Dr. Heather A. Leslie, a leading expert in international microplastics, which found evidence of plastic particles in the bloodstreams of cows and pigs, while a study by the New York School of Medicine this year found baby poo contains ten times more micrroplastics than adult feces.

The sheer amount of plastic contamination today is scary, according to Dave Noble. He notes how a study published in Frontiers in Marine Science determined that there are around 3,760 metric tons of plastic waste in the Mediterranean Sea alone, the equivalent weight of eight jumbo jets. The researchers estimated that 17,600 tonnes of plastic enter seas around the planet every year.

“The previous 25 COP conferences have mostly failed, quite frankly, at cooling the planet’s rising temperature, but they have played a key role in raising public awareness of climate change and environmental issues such as water access and quality. The hope is that COP26 will now focus more on turning words into action”, said Dave Noble.

The winner of Children’s Climate Prize...