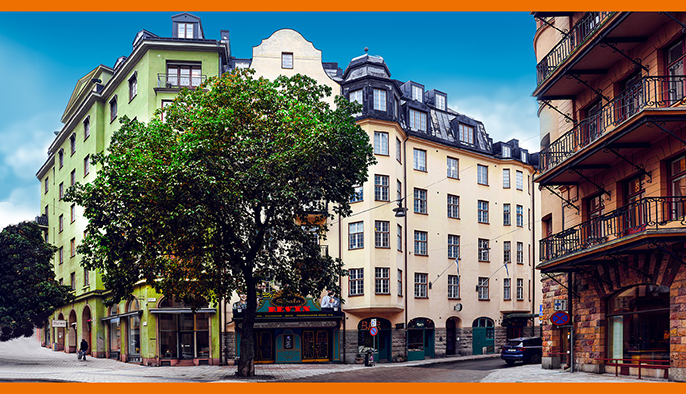 Wibu-Systems, Germany’s leading advocates for digital protection, licensing, and IT security solutions, are recognizing the exceptional progress made by the Scandinavian and Baltic Sea nations towards truly digital societies and connected economies with a dedicated corporate entity for the company’s business in the Nordic countries and their neighbors across the sea.

Headquartered in Stockholm and entrusted to the internationally experienced hands of Marcel Hartgerink, the new operations represent another step in Wibu-Systems’ international growth story.

Located just a stone’s throw from the historic center of Stockholm, the site chosen for the new office seems emblematic of the role that the Scandinavian and Baltic Sea nations are playing not just for Wibu-Systems’ own business, but for the digital revolution in Europe writ large: It stands at the confluence between tradition and modernity, where age-old trade corridors meet the connected society of the Internet age. Scandinavia, with its highly educated population, excellent digital infrastructure, and a penchant for smart solutions and good design, has long established itself as a seedbed for innovation in Europe.

The diverse economies of Denmark, Sweden, Norway, and Finland include many forward-thinking enterprises that have fully embraced the potential of the digital age and new technologies, ranging from giants of traditional industry like one of the first major auto brands transitioning to an all-electric fleet to the many bijou start-ups that are revolutionizing public services, healthcare, media, and many other parts of the economic landscape across Scandinavia. The smaller Baltic states are also punching far above their weight as trailblazing models for digital governance, smarter IT-driven economies, and a new type of agility in their entrepreneurial cultures.

As business and much of society’s physical and political infrastructure have moved en masse into the digital realm in these states, local entrepreneurs, political leaders, and leading thinkers have long recognized the importance of security and trustworthiness as the underpinnings of the new societies that are fast growing up in Europe’s northern and northeastern reaches: Cyberattacks are a constant concern, especially as state actors are increasingly moving onto this terrain, as is the protection of intellectual property for increasingly digital economies. Young software and IT-driven businesses, such as those that have sprung up around the Baltic Sea since the 1990s, see their most important assets not in physical goods or brick-and-mortar buildings, but in more intangible resources: Code, data, and information. The ability to not only safeguard such assets, but to bring them to market, reliably and profitably, is paramount for all of them.

This is the perfect audience for the technologies and services of Wibu-Systems, which has long served many Scandinavian clients from its home in Karlsruhe, Germany. With more than three decades of experience and technological evolution under its belt, Wibu-Systems has established itself as one of the premier names in the licensing and protection industry with its flagship CodeMeter technology. Built as both a dependable shield against cyber-attacks, IP theft, and sabotage and a true business enabler with versatile licensing models to monetize software or data, the CodeMeter family includes high-tech developer tools, a range of industry-grade security hardware, and a whole host of cloud offerings and technical and commercial services, all provided for one purpose: To help make the digital economy a better, safer, and more rewarding place. 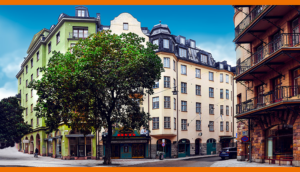 The new head of Wibu-Systems’ Stockholm operations, Marcel Hartgerink, has already proven his mettle for the company’s international expansion. He is now adding the Nordic and Baltic region to his track record of success and excellent service in the British, French, Benelux, and Iberian markets: “Both shores of the Baltic Sea have a reputation as Europe’s Silicon Valley for new digital societies. I’m excited to have this opportunity to bring our expertise to this region in a more focused, dedicated, and uniquely Scandi-Baltic form – and Stockholm is the perfect place to do so.”

Anybody interested in Wibu-Systems’ portfolio in the Scandinavian market will have an opportunity to discover more about the CodeMeter technology in the two upcoming northern stops of the regular Wibu Workshop, coming to Stockholm on 16 November and Copenhagen on 23 November. Online alternatives are available for anybody unable or not yet ready to attend in person.

Advania AB strengthening the security offering with the acquisition of Painkiller

Zwipe and areeba to pilot next-generation Biometric Payment Cards in Lebanon and...