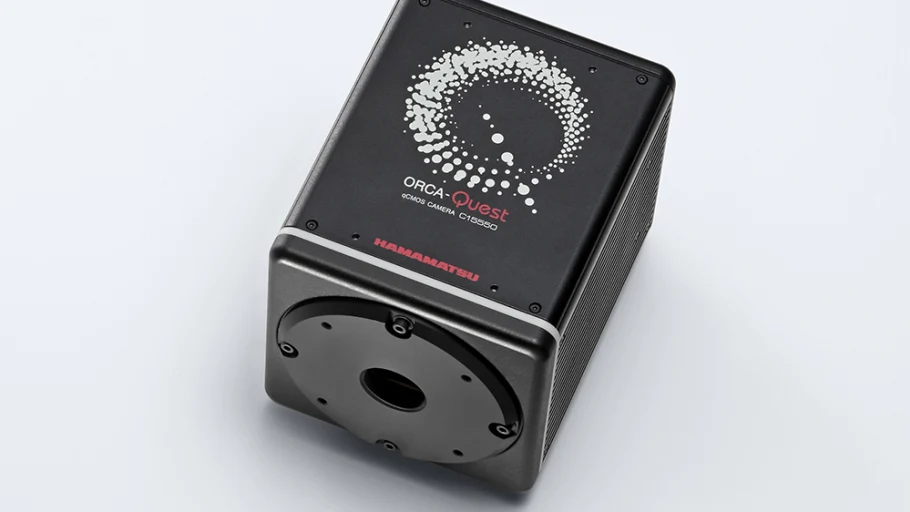 Hamamatsu Photonics has released a scientific camera called the ORCA-Quest® qCMOSTM camera, with incredibly low noise of 0.27 electrons rms and a quantum efficiency, QE of 95%.

In quantitative imaging, the photoelectronic noise generated inside the sensor, when light is converted to electrical signals, the sensor is the all-important factor that determines the lower detection limit of the camera.

The ORCA-Quest reduces this photoelectric noise to a level below the signals generated by photons (particles of light), which are the minimum unit of light. This makes the ORCA-Quest the world’s first camera to achieve 2D photon-number-resolving measurement, meaning that it accurately measures the number of photons to create an image. 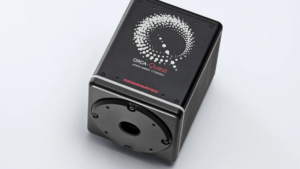 The ORCA-Quest’s ability to identify the number of photons invites new possibilities for a wide range of fields. For example, the ORCA-Quest accurately observes the quantum state by quantitatively imaging the amount of light from ions and neutral atoms. This makes it a promising tool for speeding up research and development work on quantum computers and other quantum technology. In addition, due to its wide field of view capable of capturing ultra-low light level phenomena, the ORCA-Quest is likely to find applications in the astronomical research and life science fields.

Hamamatsu Photonics has released a new...