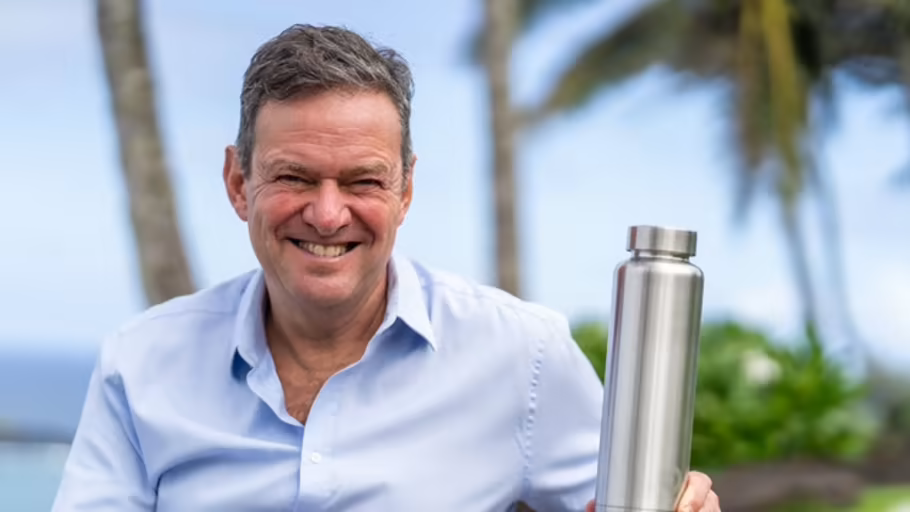 With a shared mission of eliminating plastic waste and providing safe, ultra-purified and great-tasting drinking water, Stockholm-based Bluewater and Denver, Colorado-based FloWater today announced their merger in a move that will transform the water industry worldwide.

The two corporations say the merger will help accelerate innovation of new drinking water purification products, drive expansion into new markets, and achieve economies of scale in manufacturing and supply chain efficiencies in a post-Covid world.

Bluewater was founded in 2013 By Swedish environmental entrepreneur Bengt Rittri on the sale of his previous indoor air purification corporation, Blueair, to consumer goods giant Unilever. Today, Bluewater has grown into a global innovator of market leader water purification solutions such as its powerhouse PRO purifier pictured below for homes, businesses and public vending with sales across Europe, the Middle East, China and Southeast Asia, the United States, and South Africa. Bluewater has production facilities in Sweden and China and assembly operations in the United Kingdom.

FloWater was co-founded by Rich Razgaitis in 2013 and has been led by him since then. Recognized by Inc. Magazine for three consecutive years as one of fastest-growing, privately held companies in the US, FloWater now has around 7,500 new-tech FloWater Refill Stations (photo below) installed in schools, gyms, offices and hotels across the US.

“This union is a major milestone for Bluewater in our efforts to upscale and strengthen our position in the global household, commercial, and public dispensing water industry,” said Bluewater Founder and CEO Bengt Rittri, who also has strategic investments in several other environmentally innovative and mission-driven companies. 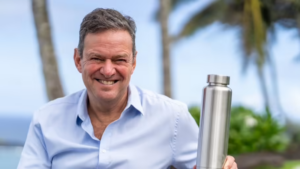 union is a major milestone for Bluewater in our efforts to upscale and strengthen our position in the global household, commercial, and public dispensing water industry.

Speaking at FloWater’s headquarters in Denver, CO, Razgaitis (Photo below) said: “Today’s transaction positions FloWater to significantly grow its footprint beyond our over 7,500 business customers and our fanatical consumer base across the country.” He added, “Our mission remains unchanged: deliver the world’s best-tasting and most-trusted drinking water everywhere people work, rest and play. This will be amplified with the strength of merging with Bluewater, which shares the same vision and mission.”

The merger will allow the two corporations to tap into each other’s consumer and business water dispensing expertise, R&D, and global commercialization and supply capacities. Additionally, the agreement will enable both brands to leverage their strengths in the events and venues business in Europe and North America to help expand globally into other key markets in the Middle East, China and South Asia. Bluewater enjoys a strong presence in the sports world with its outdoor water refill stations and sustainable, reusable bottles serving prestigious clients such as The British Open (photo below) and the AIG Women’s Open golf tournaments, Formula E motor racing, and sailing events such as The Volvo Ocean Race and the classic French TJV race. FloWater’s event customers include: CrossFit Games, Coachella, LiveNation, Rose Bowl Stadium and the Aspen X Games.

“We are particularly upbeat about the scale this partnership will enable us to reach together and the associated benefits in all our markets in the US, Europe and Asia Pacific as we together chase becoming a true global player and competitive force in our industry,” said Bengt Rittri.

“I am thrilled for our FloWater team to join forces with such a global innovator like Bluewater. This merger provides us another big step towards ending the business of “big bottled water” by providing superior alternatives to single-use plastic with the world’s best-tasting and trusted water,” said Razgaitis. “Everyone deserves access to clean, great tasting drinking water, and the environment deserves to be free of plastic water bottles. Today, this merger brings together two passionate teams committed to making this a reality worldwide.”

Optimization of a Globe Valve with CFD solver in the Cloud