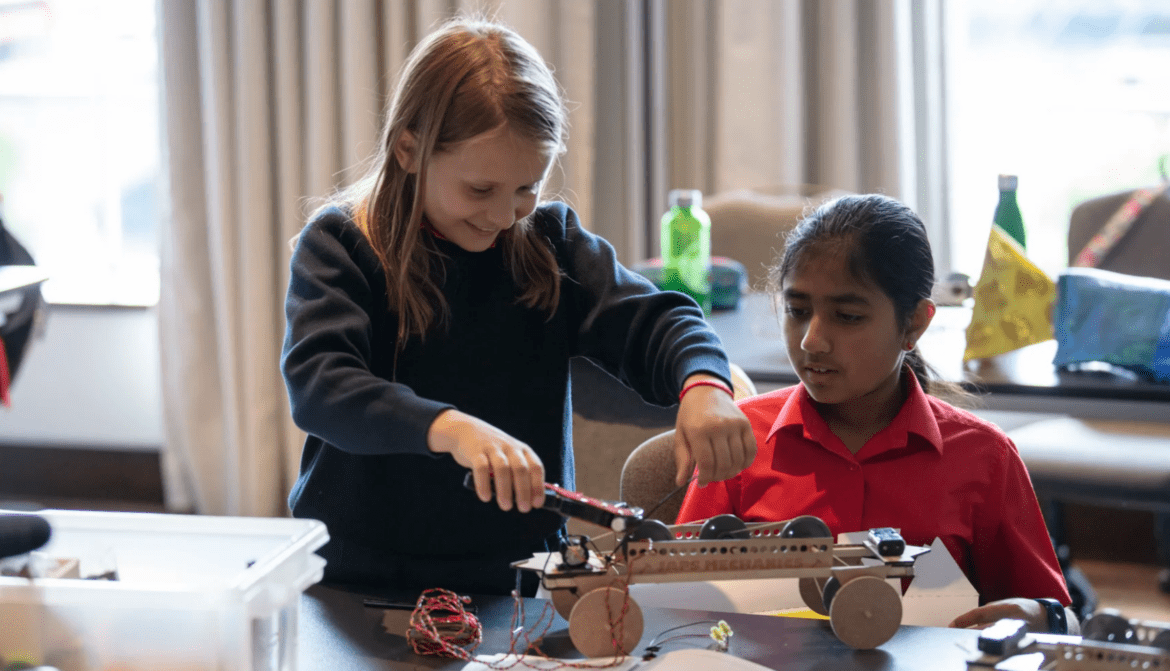 Fully funded by Hitachi Rail, the project has been implemented in over 150 schools across the UK, with over 18,000 5-11 year olds taught engineering skills in the past 3 years.

During these sessions, Key Stage 1 children learn how to build a train from a shoebox. Key Stage 2 children are guided on the construction of an electrically-powered train. The education programme is tailored to be fun and engaging so STEM learning has the broadest appeal possible.

Hitachi Rail’s support provides training to empower teachers to deliver curriculum based engineering projects to children. Hitachi employees also engage with teachers and pupils to support the hands-on education, while also sharing ideas on how to promote engineering in schools.

Hitachi Rail’s fourth year of funding is part of its commitment to encourage the uptake of STEM and help create the next generation of engineers and innovators.

Several studies have shown that at secondary school level the majority of students have already decided on industries they will rule out in their career choice. It is equally important to promote STEM to female students before they make engendered subject choices ahead of their GCSEs.

“To support Hitachi Rail’s UK legacy of being at the forefront of technological advancement it is imperative that we educate and inspire younger generations to seek an interest in engineering and related subjects. Our continued partnership with Primary Engineer is a prime example of how we are supporting this important work.”

“Hitachi Rail were the trailblazers for the Primary Engineer Rail Project, which is now supported by rail companies around the UK. It’s fantastic to have more schools involved this year as part of our ongoing partnership with Hitachi Rail to introduce young minds to rail engineering where we are witnessing incredible innovation and cutting-edge technology and exciting future careers.”

The Primary Engineer Rail Project will be taught in primary schools near Hitachi facilities across the UK, including Ashford, Doncaster, Bristol, Newton Aycliffe, Glasgow and Edinburgh.

University of Gävle wants to become a European university

The Sky Is No Longer the...

University of Gävle wants to become...