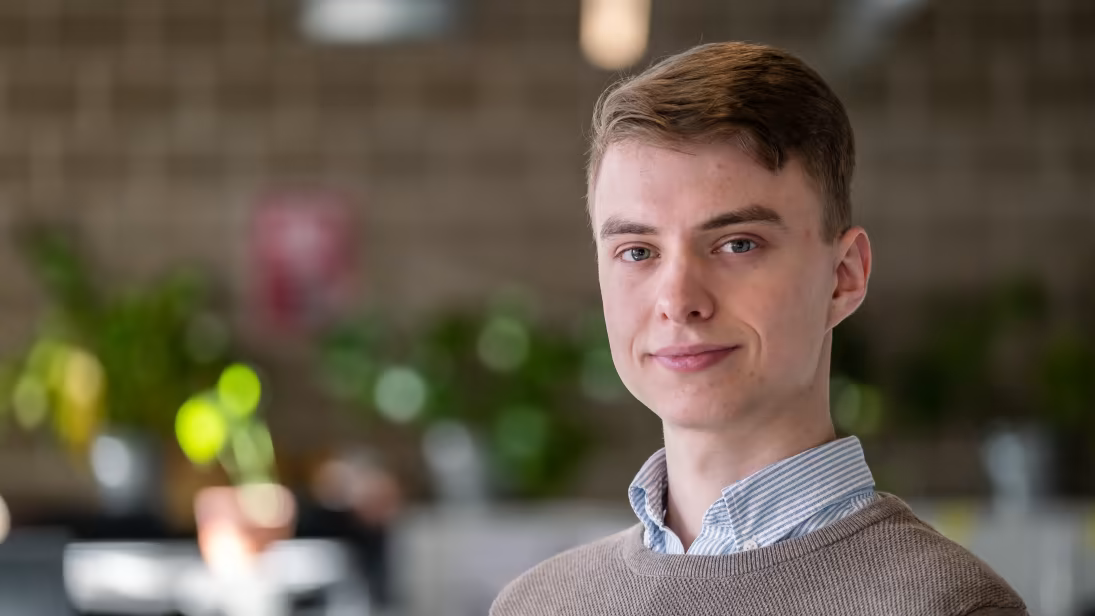 Erik Enger Karlson (b. 2000) from Stockholm has been awarded Anders Wall’s scholarship to students at the Stockholm School of Economics.

Erik, who is studying business administration, is the first recipient of the newly established scholarship of SEK 200,000, which aims to support young talents who have excelled in entrepreneurship and creative thinking.

Erik has founded the company Team Together, which has developed an application which enables consumers to easily donate to non-profit organizations when shopping online, by letting the customer choose which organization the store should support. Right now, many choose to contribute to Team Together’s partner SOS Children’s Villages’ emergency relief fund for Ukraine, says Erik. 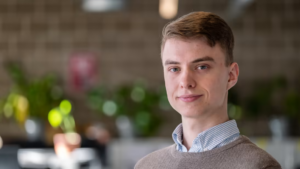 “Through social media, charities get more publicity than ever, but if contributing for real should have the same viral potential as ‘likes’, it has to neither cost anything nor take time. Thanks to new technology that is integrated directly into the browser, the Team Together app ensures that the store makes a contribution to the organization you have chosen, without you having to lift a finger or pay
extra”, he explains.

In this way, Team Together helps companies attract customers and at the same time increase their community involvement. Among the 200 stores they collaborate with today companies such as Adlibris, Cervera, Lindex, and Dagens Industri are included.
“Solidarity and cooperation are the key to us all being able to live a good life, not only through the happiness we receive, but also through the meaningfulness that is in giving”, says Erik. “Making it possible for people to live a more committed and conscious life gives me great satisfaction.
Erik has always been interested in technology and began his entrepreneurial career in junior high school, when he bought broken iPhones that he repaired using YouTube videos and sold on Blocket. He learned to program apps, which resulted in him starting two companies as early as in high school.
“The spread of the apps all over Europe made me realize that entrepreneurship can change not only my life, but also others’”, he says.

Erik is one of the youngest business founders ever within the Stockholm School of Economics’ venture incubator SSE Business Lab, says Program Manager Andreas Johansson.
“Several of Sweden’s foremost entrepreneurs’ journeys began at the Stockholm School of Economics. This scholarship for the first time draws attention to the potential unicorn founders of the future, while they still are students”, he says.

“We focus a lot on entrepreneurship and innovation, Lars Strannegård who is the President of the Stockholm School of Economics says. We have the same motivations as the Anders Wall Foundation so this partnership suits us perfectly.”

“The foundation already has a similar scholarship collaboration with the Hanken School of Economics and the Stockholm School of Economics in Riga. It is fun that we can now welcome fellows also from SSE where I myself studied in my youth”, says chairman Anders Wall.

The scholarship will be handed over at a digital ceremony on March 10, which will be broadcast via
www.wallstiftelsen.se.

Optimization of a Globe Valve with CFD solver in the Cloud

Online Education in Wellness for 2022

Star’s self destruction is shown in 3D, revealing new details

Aalen University Makeathon – support from STEGO Elektrotechnik GmbH for the use...

UNICEF and ITU’s Giga initiative, with support from Ericsson, reaches milestone towards...

University of Gävle wants to become a European university

Online Education in Wellness for 2022

Star’s self destruction is shown in...